THE IMPORTANCE OF MACHINE TRANSLATION IN TODAY’S WORLD 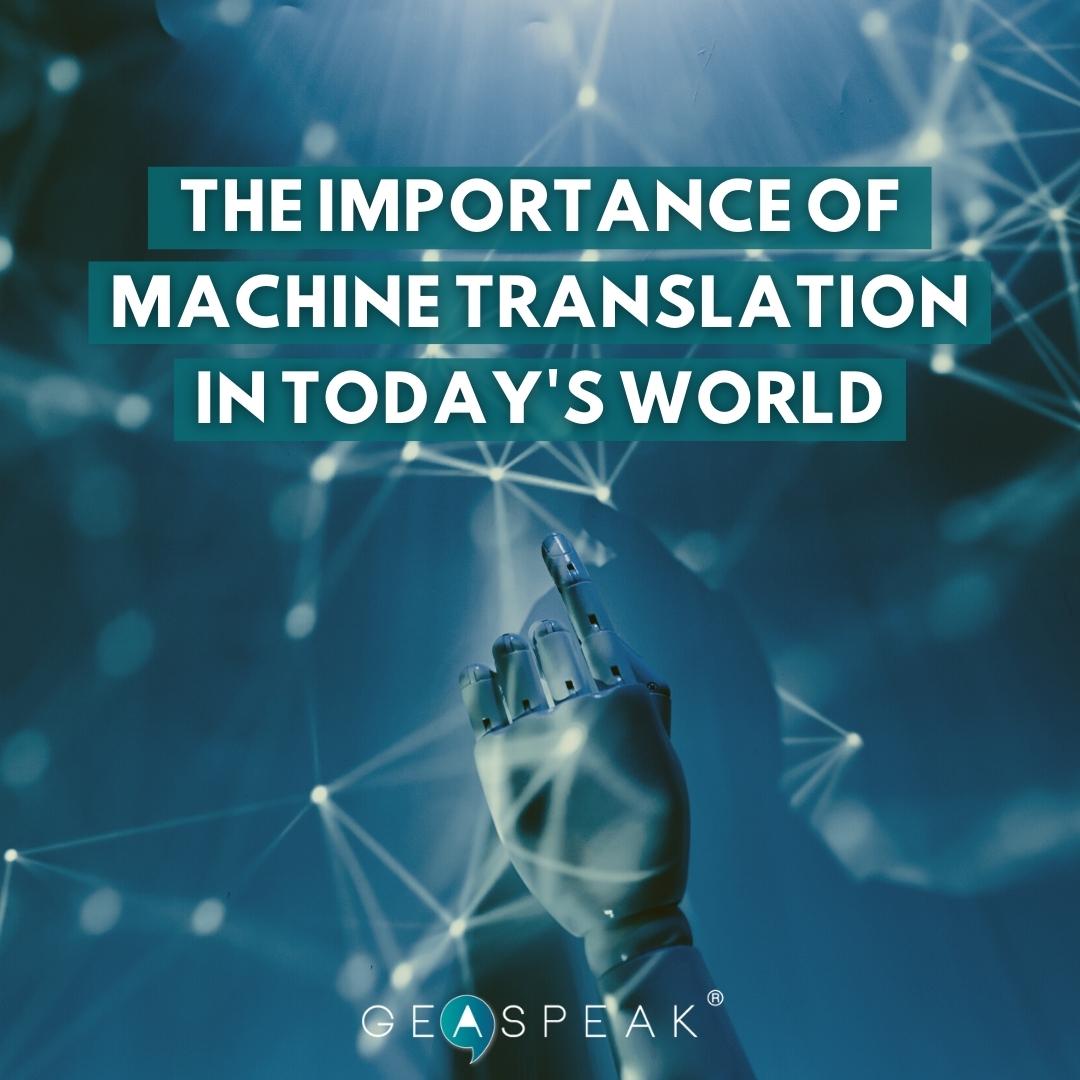 WHAT IS MACHINE TRANSLATION?

Machine translation, also called “MT,” is a process performed by a software piece whereby a written text in one language is rendered into another language without humans being involved. It is a sub-field of computational linguistics, a discipline dedicated to comprehend written and spoken language. There are 3 main approaches to MT:

The translation and localization industries are rapidly growing and, together with them, so does machine translation. In 2019, 13 % of projects for end-clients used MT and, in 2020, this percentage reached 24 %. Content types most commonly translated with MT include technical information, client-internal communications, and third-party content, according to CSA Research.

However, the increase in the use of machine translation does not mean that translators are no longer required or that they are being replaced. Although MT services are quickly improving, they still rely heavily on human intervention to achieve the required quality for translation. In fact, the process of reviewing and editing machine translation output is called Machine Translation Post-Editing (MTPE).

Despite the massive improvements in MT, there are still deficiencies regarding overcoming language barriers. As machine translation systems rely strongly on textual data, low-resource languages (for example, languages that don’t have a standardized writing system) cannot be as accurately translated as others.

Currently, many companies are seeking ways to overcome this hurdle. One of them is the American multinational technology conglomerate Meta. Recently, Meta Artificial Intelligence researchers have announced a long-term effort to build language and MT software with the objective of including most of the world’s languages. To do this, they are building new AI models capable of learning from languages with fewer data. In addition, they are also planning to develop new approaches to speech translation in real time to support languages without a standardized writing system.