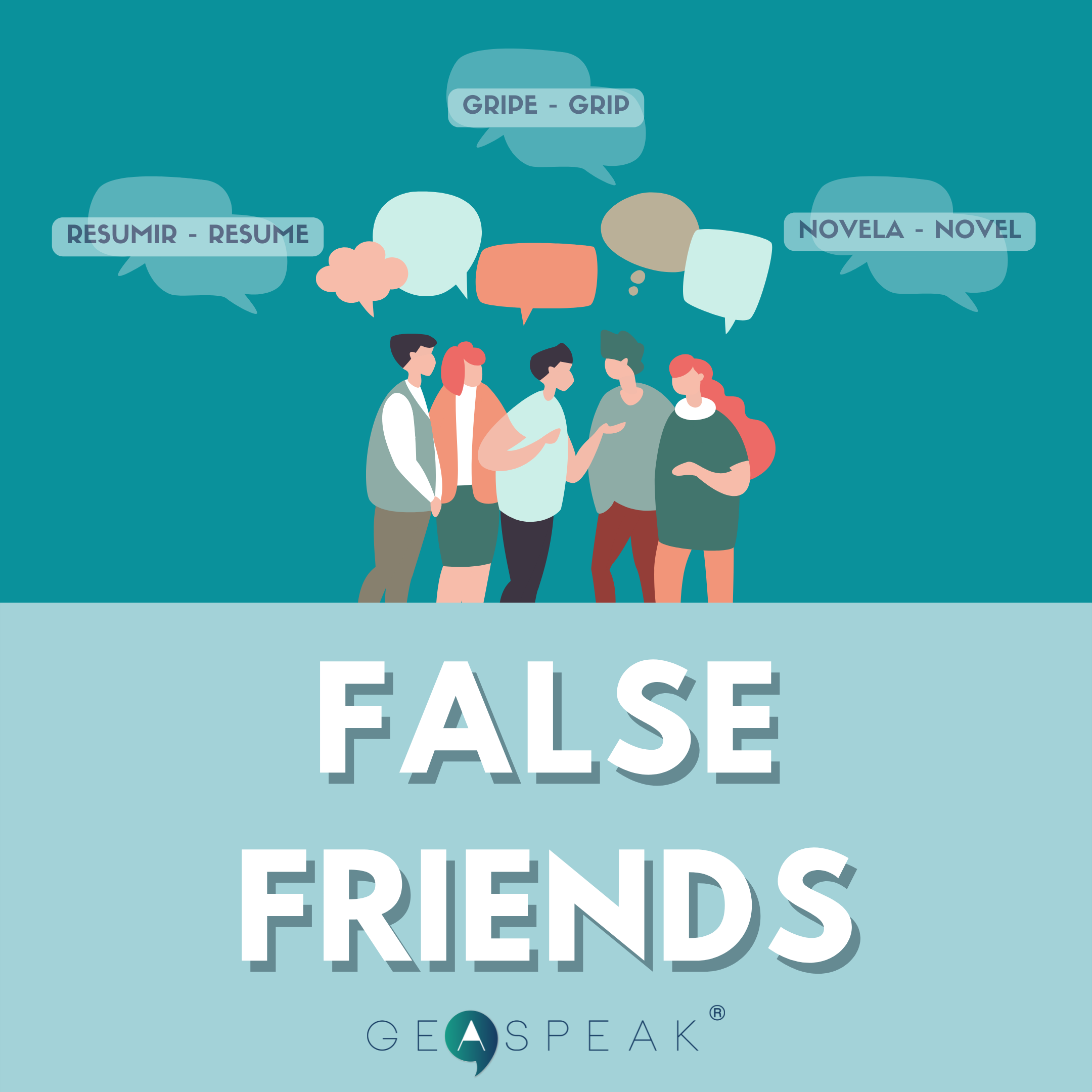 Whenever we are translating or learning a new language, we might come across what we call “false friends,” also called “bilingual homophones” or “false cognates,” which can bring confusion, give rise to misunderstandings, or even break down communication.

BUT… WHAT ARE FALSE FRIENDS?

We can define false friends as two or more words or expressions that are spelt or sound similar in two languages but whose meaning is entirely different.

The influences that languages have had throughout their history have a direct impact in the acquisition of new words, the so-called “borrowings.” The roots of Portuguese and Spanish, for instance, can be traced back to Latin. Additionally, English, despite being a Germanic language, has been influenced significantly by Romance and Latinate languages, particularly Anglo-Norman and French. As a result of that, we might notice that these languages share in their vocabulary numerous words which can be very similar, especially when it comes to spelling.

Nonetheless, finding similar words in different languages might give us the feeling that they will share a common meaning. In some cases, they do; however, in others, we might find false cognates.

Here are some examples!

In order to avoid communication breakdowns and carry out accurate translations, it is important to become friends with false cognates. Moreover, it is also crucial to rely on dictionaries and glossaries with definitions that help us identify changes in meaning.

For instance, while “embarrassed” means “feeling ashamed or shy,” it is frequently confused with the word in Spanish “embarazado/a,” which means “to be pregnant.” Similarly, people may mistakenly translate the verb “record,” which means “to store information such as music or videos in a disc or tape,” as “recordar” (to bring information or facts that you know into your mind). Additionally, people might confuse the word “exit” (a door or place through which you can leave a room or building) with “êxito” (the opposite of failure).

Another way to become acquainted with false cognates is through establishing a context and looking up synonyms. If we remember synonyms for each word, we can avoid confusing them. For example:

To avoid mistranslating words, translators always need to have allies. But don’t worry! Help is at hand.

In the following list you will find several websites that will come in handy whenever you are working or learning a new language:

Did you find this article useful? Are you interested in the world of translation? Check out our Glossary of Translation Terms in our blog!