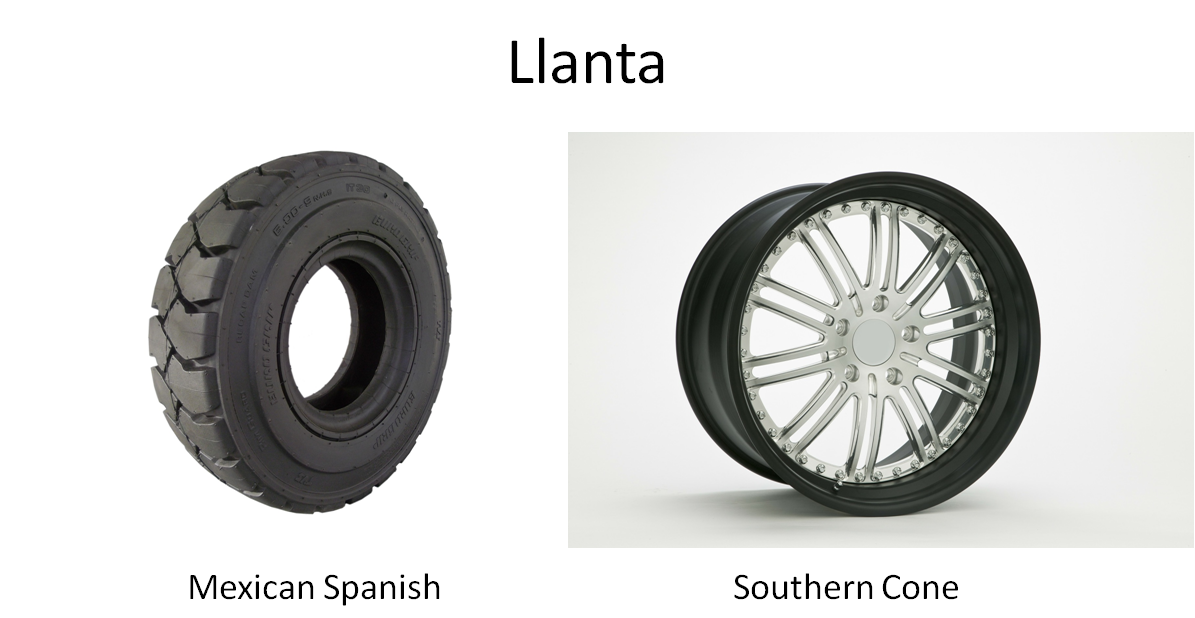 When it comes to translation into Latin American Spanish, translators are well aware that linguistic variation can certainly pose a challenge.

The translation of simple words such as bus can pose a challenge: if we translate it into Spanish from Argentina or Venezuela, we would preferably use the term “colectivo”, into Perú and Uruguay, we would use “ómnibus”, and into Spanish from Chile, “micro”. And what’s more, the same plain word may as well be translated into Mexican Spanish as “camión”, which in another countries means truck.

Recently, we were working on a project for the automotive industry, more specifically, product descriptions for a well-known car-care brand product portfolio. We found these two automotive terms: wheel and tire. Wheel, a polysemic word which may refer to more than one vehicle component, in this case referred to the rim, and tyre, to the rubber covering.

Well, what in America is a rim, also called a wheel, in Argentina and Chile is called a “llanta”, but a “llanta”, in Costa Rica, Peru, Colombia, and Mexico is a tyre—just the opposite thing! In addition, in those countries in which a tyre is called a “llanta”, a rim is a “rin”. But that’s not the end. In Chile, a tyre is a “neumático”; on the contrary, in Argentina, as in many other countries, “neumático” is a formal term, and the most frequent words used are “rueda” or “cubierta”. In Puerto Rico, the most recurrent term for tyre is “goma” and for rim is “aro”.

Let’s get back to our example.

A tyre cleaner is not a rim cleaner, a rim protector is not a tyre protector, and a tyre repair kit is far from repairing a rim. So your translation choice is critical to convey a product’s purpose.

Although Latin American Spanish language variations seem to be challenging at first, they can be easily solved by focusing on the target audience.

If you’re translating into “Neutral” or Standard Spanish, this post may help you.